Have you ever given a second thought what is number 2 pencil you are using before? For one of the most common writing and drawing items we often use, pencils undoubtedly play an essential role in our life.

At one point or the other, you may have needed to use a pencil; in your early days when you were learning how to draw as a child or at school.

Come to think of it; pencils are much more interesting than we give them credit.

Perhaps after reading this piece, you would think again before carelessly losing your pencils still. Although pencils are quite common, there is just one that seems to be quite popular.

I’m talking about the Number 2 pencil. For most people, that number refers to all pencils. No one would blame them, though, because they are the most commonly used pencil.

And have you ever wondered what all that numbering stands for? Today, we are going to demystify some silent questions you may have had about Number 2 pencils.

What is a Number 2 pencil?

Have you ever observed that the pencils you see at your local store when you go to buy a pencil have inscriptions like numbers like 2, 3, and 4, and alphabets like HB, H, B, and the rest?

Well, that’s because these pencils are indeed different and are used for different things. To start with, when you see HB, it usually refers to the level of graphite grading used in making the pencil’s core.

Does it sound a little confusing? Let me clarify what I mean.

The HB number written on each pencil depends on how hard the graphite used in making it is. The Number 2 pencil is a mixture of hard and soft graphite if that makes sense. 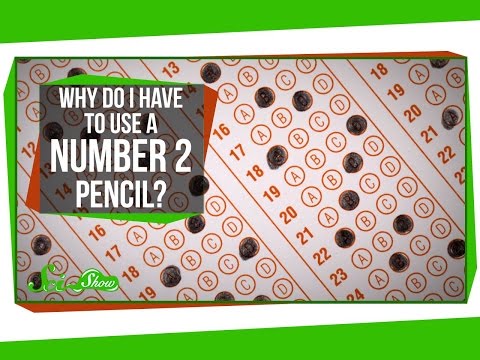 What it means is that it is neither too light nor too dark. It is not so soft that the write-up will erase easily, and it’s also not too hard that you will have a hard time erasing what you wrote with it.

The United States of America is known to do things differently. And that’s why the way it numbers its pencils is different from the rest of the world.

They use numbers in scoring their pencils while other international pencil manufacturers (or European countries in this case) use letters or what is known as the HB scaling in scoring theirs.

So, American’s Number 2 pencil is the same thing referred to as HB pencil in most parts of the world.

Number 2 pencils are the most preferred pencils for everyday use.

Pencils that are lower than Number 2 contain softer graphite and therefore draw darker markings and are usually used by people in the publishing industry.

Meanwhile, pencils lower than Number 2 are made with harder graphite and leave lighter markings when used. Designers and architects often use such for their sketching.

What determines how light or dark a pencil draws?

Before we delve into the kinds of pencil codes there are, there are things you need to know first.

We have used the word graphite severally in this article, and you may wonder what it is.

Most pencils are made with two major components – clay and graphite – and then some binders such as polymer or wax.

The ratio or combination of these components is what determines how dark or light a pencil writes or draws.

If the ratio of clay is higher than the graphite, the result will be a lighter and harder pencil. And if the graphite is more, then the pencil will be softer and darker.

You may not be able to tell which pencil is darker from a lighter one by just looking at it (except for trained eyes).

This is where pencil codes come in. Pencils are ranked or coded according to their grading scale.

Like we have already mentioned earlier in this article, pencils are either ranked 1-4 for the American system or H-B for the European system depending on how soft or hard the pencil is.

It’s time to learn the different types of pencils there are and their codes.

Various kinds of pencils and their codes

Although we have been mentioning the Number 2 pencil in this article, you should know that there are other pencils with different codes.

Pencils can be numbered from 2H to 9H and 2B to 9B, as can be seen in the image below.

The lead in the pencil gets harder as you go further down from 9H to 9B.

All these numbers may seem daunting and confusing, but basically, here’s all you need to know about the numbers and figures – H’s indicate how hard a pencil is, while B’s indicate how soft they are.

What is the purpose of the various pencil numbers?

You may wonder why there are so many pencils when all you probably need is just a moderate pencil.

As someone who doesn’t do much with pencils, you may not know the importance of these numbering.

But as an artist, you will most certainly understand and appreciate these various pencils.

For a layman, the harder the pencil, the rougher the drawings you will get.

If you are just interested in something to use in sketching or outlining your drawing, pencils with higher lead will give you rougher drawings.

They are lighter and erases much easily.

But this is dependent on the number of H written on the body of the pencil. Harder lead pencils can also be used for shading soft spots. B pencils do the opposite.

They are for darker drawings and can get as dark as using charcoal.

The purpose of each pencil code depends on what you want to use it for. A pencil with the inscription “HB” means that the pencil is hard and also black.

The one marked “HH” means that the pencil is very hard, while “BBB” says a very dark pencil. If you see the letter “F,” it says that such a pencil sharpens to an excellent point.

Therefore, for HB pencils, 2B, 3B, 4B, or 2H shows how hard the pencil is. That means that a 4B pencil will be softer than a 2B, while a 3H pencil will be harder than a pencil with just one H.

Some FAQs about Number 2 pencil

Some pencils have different number 2, what does that mean?

But different manufacturers, especially those in the US, use them to differentiate their products to avoid being dragged to court for patent lawsuits.

Is Number 2 pencil, the best pencil, among others?

The number 2 pencil is in the middle of both extremes. It is preferably used for everyday use by ordinary people.

People that are into arts or publishing may not have any need for it but instead darker pencils.

So, while Number 2 pencils are widely used, the word “best” has to be used relatively depending on what the pencil is needed for.

Why do many schools and testing centers insist on Number 2 pencils?

Early scoring and scanning machines were unable to detect pencil marks made with harder pencils like Numbers 3 and 4. Hence, the results were erroneous.

Number 1 pencils were too soft and leave smudges on the paper, and so cannot be used.

Number 2 pencils, on the other hand, were easily detected and therefore became the most preferred in the industry. 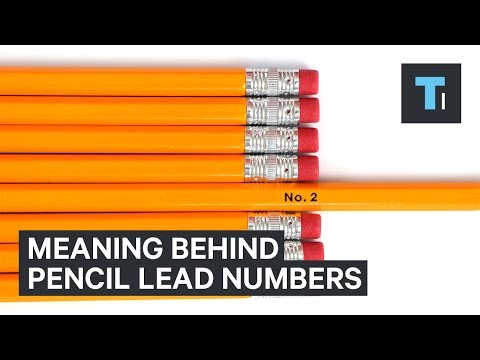 Pencils with the letter H to H9 are suitable for sketching and drawing outlines. They are best for light shades and can be easily erased.

On the other hand, pencils with letter B to 9B are for darker shades.

They are for filling in the sketches made with the lighter pencils and are not easily erased.

Both pencils serve a different purpose, and trying to use one for a purpose it isn’t meant for may result in disaster.

Now that you know most of the things that concern Number 2 pencils, there is something important you need to know also.

There is no particular pencil grading used in judging how dark or light a pencil should be.

Industries and manufacturers choose how dark or light their pencils should be and number them accordingly.

So, do not get disappointed when a Number 2 pencil in the US is different from HB pencil in Europe.

From experience, Czech and German pencils are a bit harder than Swiss and US pencils that can be said to be more medium, while Japan pencils are usually soft.

The choice of which grade of Number 2 pencil to use is all dependent on what you intend to achieve.

Don’t be dogmatic and insist on a particular pencil. Try to experiment with other pencils so that you get to know how they work.

You may even fall in love with them and come to prefer them to the very popular Number 2 pencils.

Want to see the pencil collection that has something to say;

The Top Healthiest Cooking Appliances to Have

September 17, 2020 0
With the increasing popularity of varieties of diet plans, it seems people are switching to a new...
Read more

September 29, 2020 0
Some people think that a cozy room is a small living space but that’s not necessarily true....
Read more

January 29, 2021 0
Online poker is a very famous gambling type. These generate a great amount of revenue and have...
Read more

Transform Your Patio for Spring

February 28, 2021 0
The change of seasons is always an exciting time. As the days get longer and winter warms...
Read more

April 10, 2020 0
Searching for the best tabletop grill? We like to help you through the whole journey of choosing...
Read more

How To Iron Clothes Step By Step

April 8, 2019 0
If you are an individual who understands the effect a properly ironed cloth has on one’s confidence...
Read more

Peppermint Tea Benefits And Side Effects To Know For Good

May 5, 2019 0
Wondering to know about peppermint tea benefits and side effects? then you have come to the right...
Read more

June 19, 2021 0
Instagram is not just a social media app, but a platform where you can showcase your talent....
Read more

September 3, 2020 0
Whether you want to use your RV for occasional road trips or as a full-time home, it’s...
Read more

February 4, 2019 0
Butane torch lighters are renowned because of their powerful flame. They are versatile and can be used...
Read more